KEN vs BIG JIM vs ACTION TEAM vs DON DON

oh f***, KEN, BARBIES boyfriend celebrates his 50 birthday. germanys GQ did a shooting with a
“living KEN”. i hate this kind of photography and i remember hating KEN when i was a boy. the heroes of my  boyhood were BIG JIM and his friends BIG JEFF, BIG JACK and BIG JOSH. real men packed with muscles and born to live in adventures. but KEN? he looked like the soft dork of his BARBIE. and do you remember the ACTION TEAM men? poor two men which have had just few equipment in comparison to the BIG JIM gang ... today i would choose DON DON wearing RED WING SHOES – yeah, he rocks! 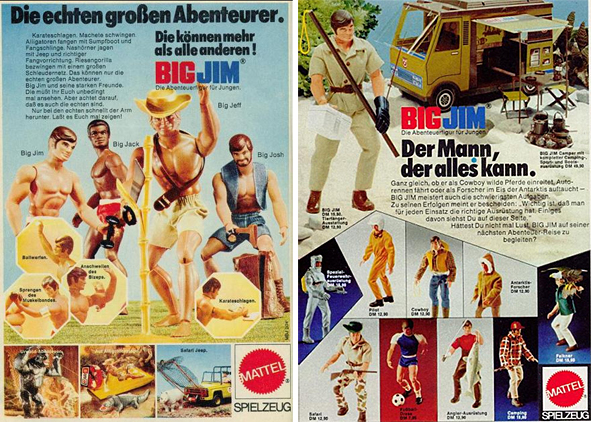 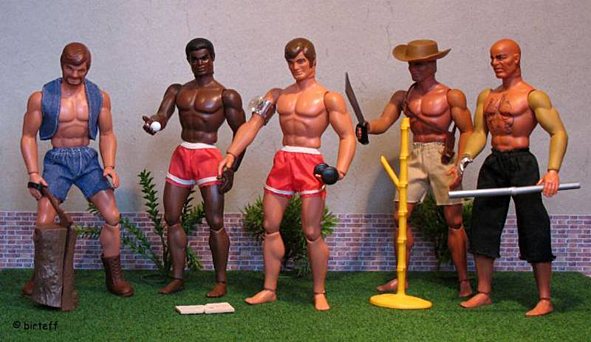 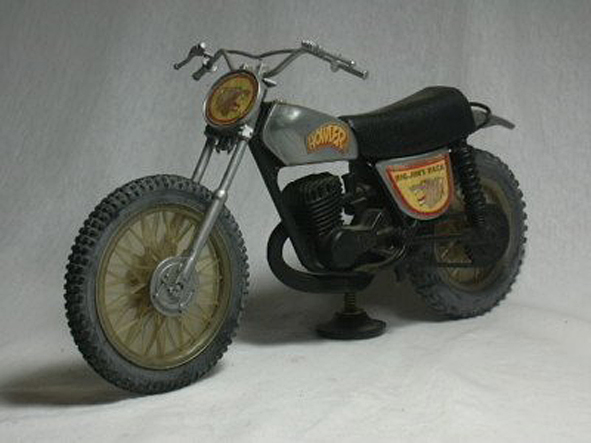 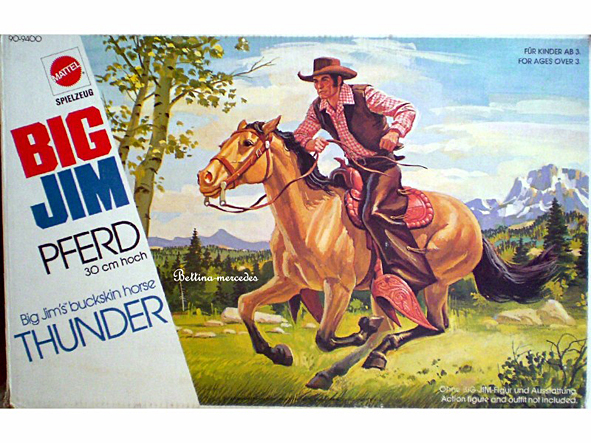 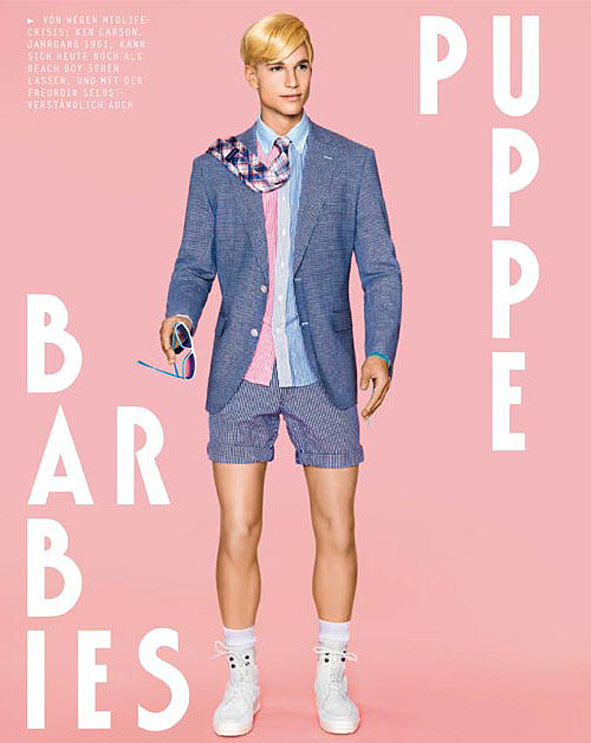 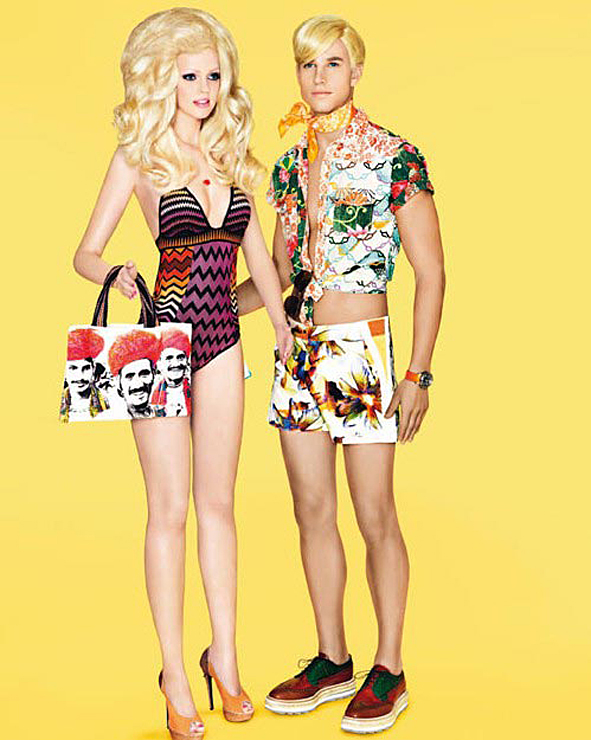 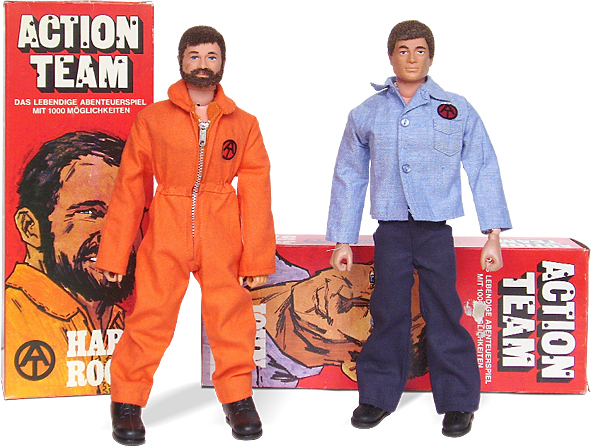 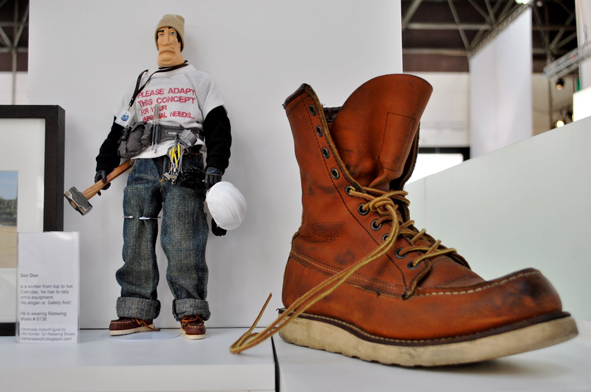 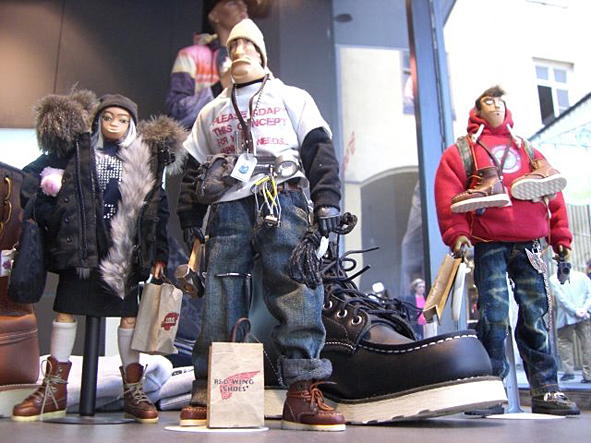