here the RED WING SHOES of OLLI „THE BARBER“. there are some interesting boots in his collection.
and there are some i couldn't even define what model they are. the first pics show OLLi in his garage
where he is customizing old VESPA scooter. bad pics | Life Time Gear 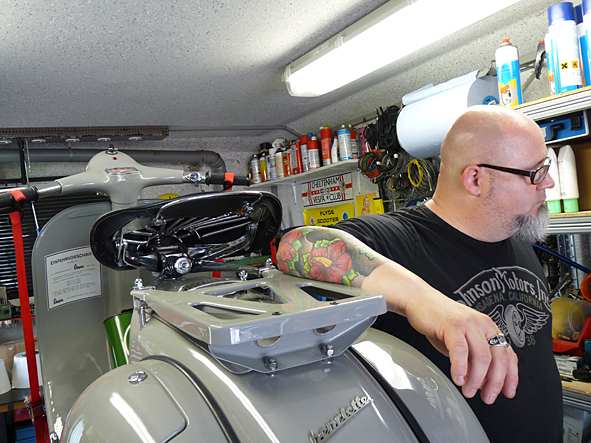 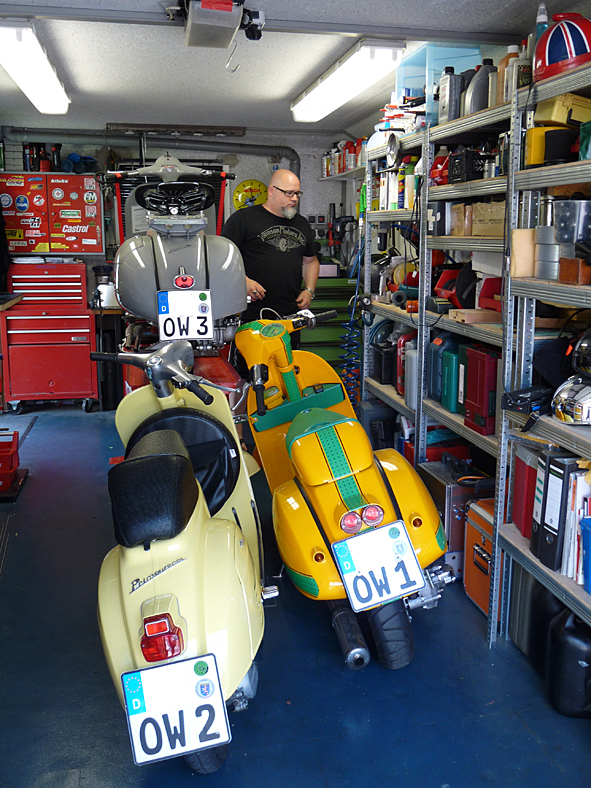 RED WING SHOES back line-up from left to right
_ the black one looks similar to the brown 0952 beside, but i do not the style #
_ the brown one is a15 year old style 0952
_ a black “FRANKFURTER“ style 8133 from may 1990
_ i do not know the style from the light brown one on the right. the buckskin leather is brushed – never saw this one before ...

line-up in front
_ IRON RANGER style 8111 from april 2009
_ style 9160 customized with a white RED WING original sole instead of the cork sole
_ style unknown, no marks. looks like an iconic 875 but with an original black VIBRAM sole.
REDWINGS.de offer a black one style 8137 ... 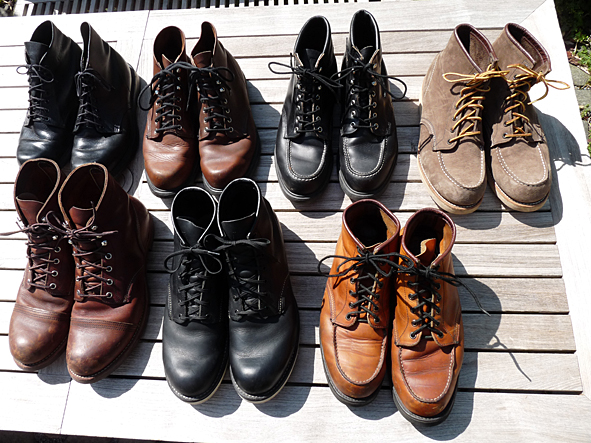 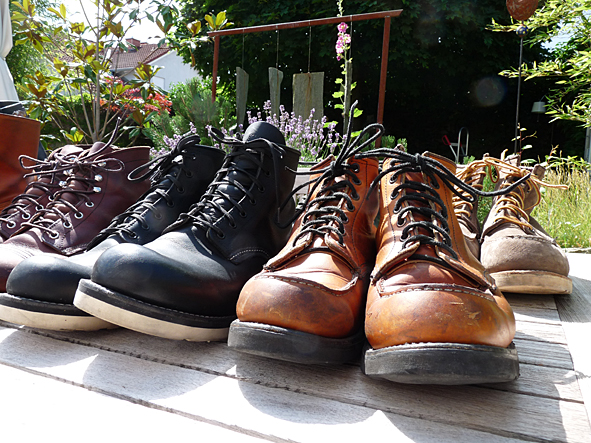 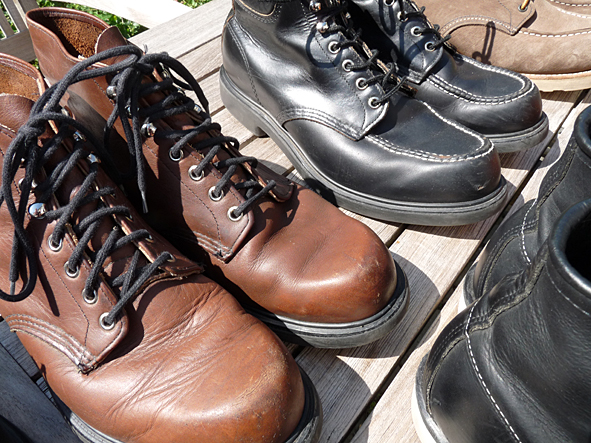 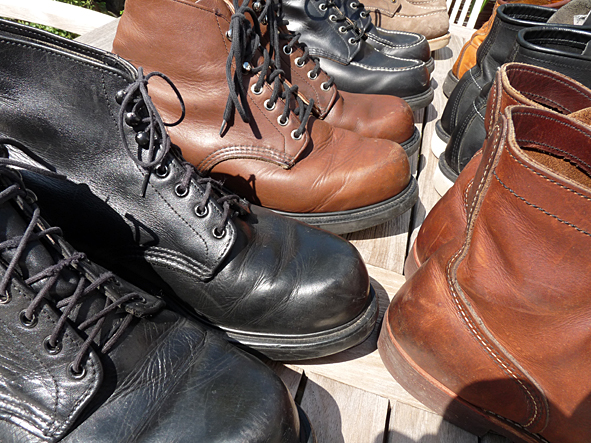 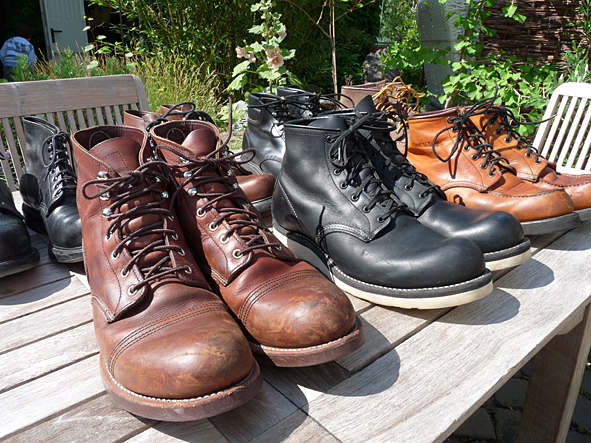 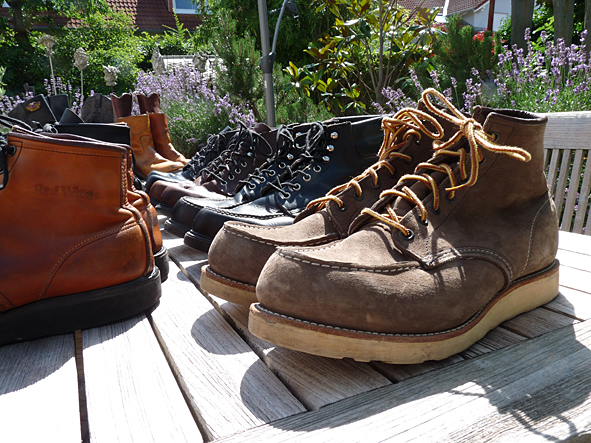