hm, that's new. now exclusive and expensive shops are selling – or try to sell –  f***ing RED WING SHOE copies. these were found just 2 days ago in FRANKFURTS MOST EXPENSIVE GOETHESTRASSE at boring ULI KNECHT. some other sorts of this wanna be boot rubbish at BAILLY UND DIEHL. damn, i cannot find a reason why they are selling these shit kickers. some streets ahead there is the mother of RED WING STORES in europe  – since 1977! – and the B-74 managed by KAMI and his team. in any case a better choice for some ingenious boots, denim or anything else we guys love. look at the window cleaner below: yep, what a nice boot! pics | the unknown cowboy – thx! 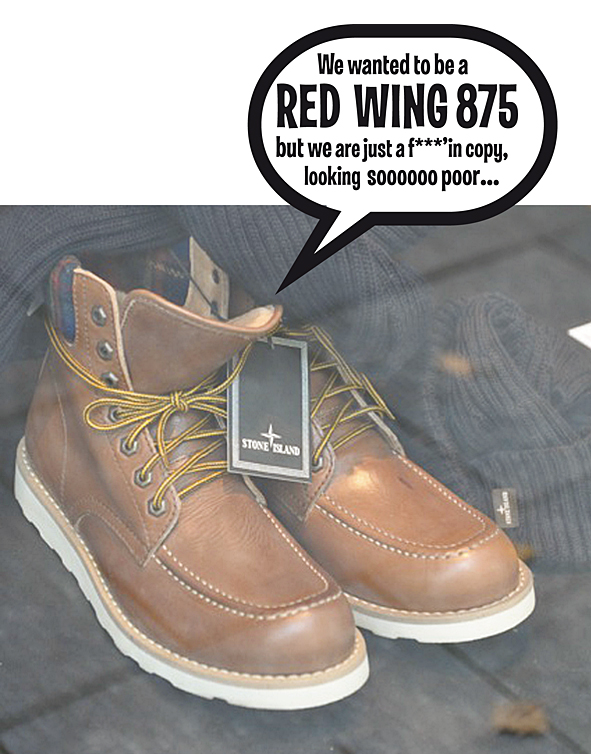 original 875 and wanna be 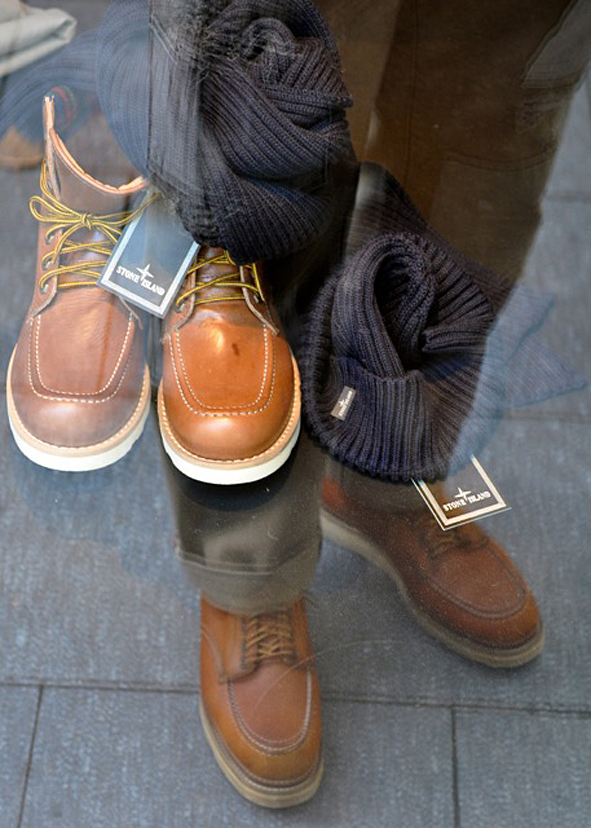 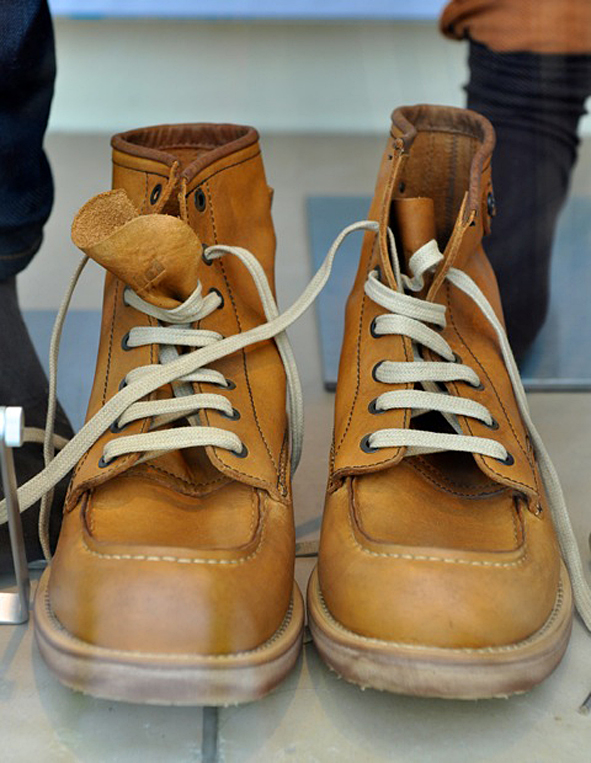 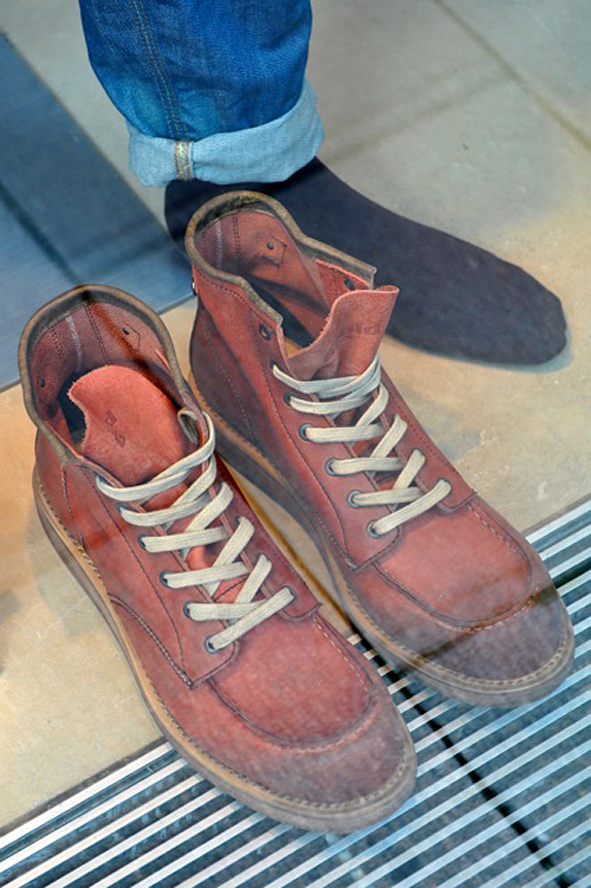 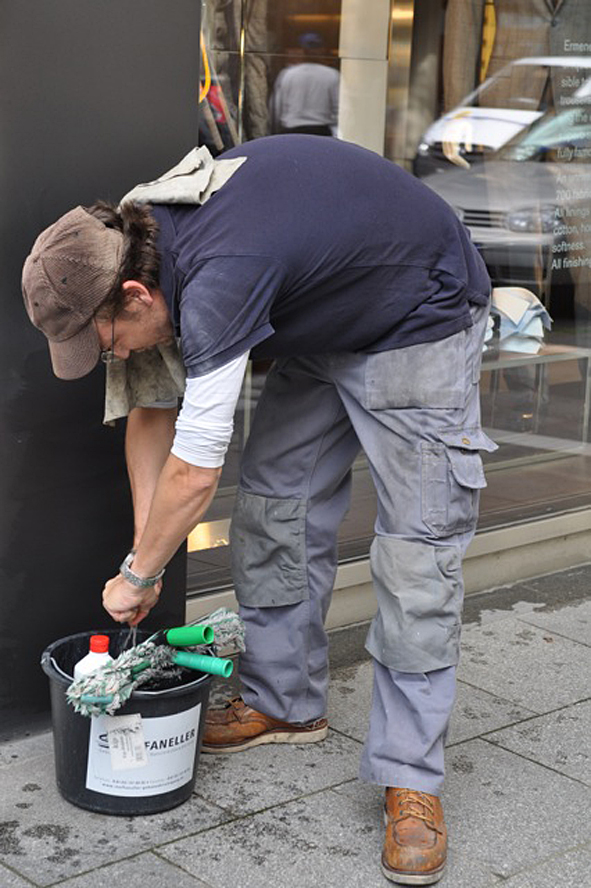 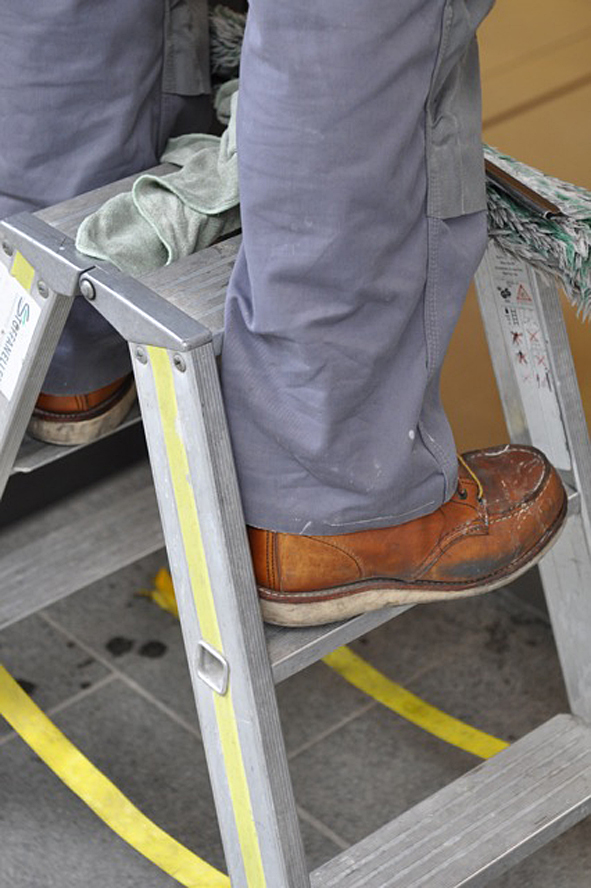 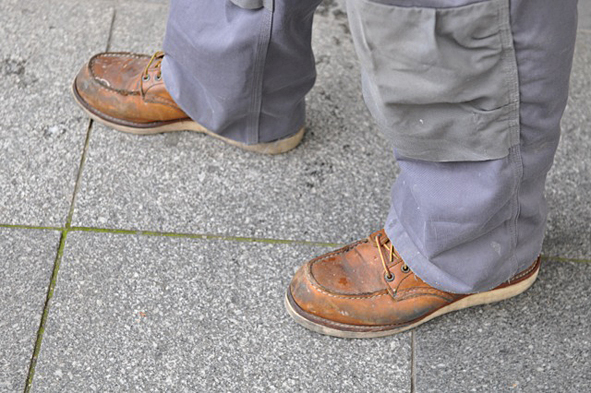