news directly from the RED WING HERITAGE central europe: in january and february will be a traveling exhibition named MEMOIRS – GOOD OLD BOOTS highlighting fifteen pairs of RED WING boots: “More than a general overview, this exhibition will not only shine the spotlight on those boots, but also on the very personal unique stories behind each pair of them as told by the owners themselves. Over the course of five weeks the exhibition will be shown in five cities around Europe. Each store will have an opening night launching the exhibition in their store. Drinks and music included! Details of these evenings are as follows.”

i will join the frankfurt exhibition – KAMI please take some bottles of beer to the refrigerator – thx. 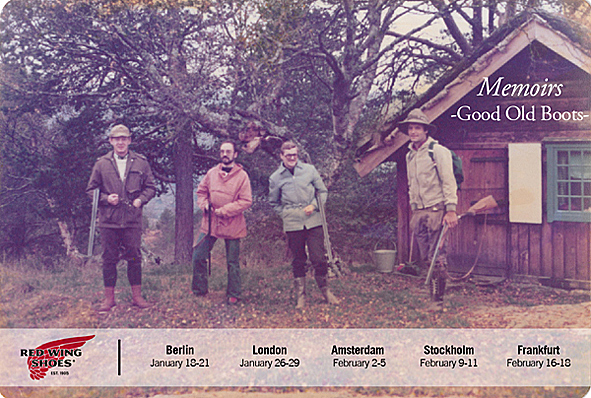