finding an interesting post at VINTAGE PANERAI about a 3646 / TYPE D “KAMPFSCHWIMMER” watch i checked the site where this beautiful historic piece is on auction. to get some more informations and to take a little look at the price. heart attack! it will be between 45.000 and 55.000 EUROS. and now some facts from the auctioneer DR. H. CROTT:
“A German Navy diver’s important wristwatch – only 39 watches of this kind are known today and only four of them have an unsigned "attack diver" dial like the watch at hand. This watch has never been offered at an auction before., Case: steel,  screw back with military engraving: "Kampf-Schwimmer Marine KD 1945",  "Brevet Plus" winding crown,  short part of the original leather bracelet and original buckle. Dial: black,  luminous Arabic numerals/indexes,  luminous baton hands. Movm.: bridge movement,  cal. "Cortebert 16",  nickel-plated,  "fausses côtes" decoration,  chatoned,  17 jewels,  polished screws,  monometallic screw balance,  ruby endstone on balance and escape wheel., Radiomir Panerai, In 1942,  720 of these diver's wristwatches - which were exceptional for the time - were produced; the complete edition was delivered to the German and Italian army which supplied its combat divers with these watches., Source: Rolex Uhren GmbH Köln, Because of the 1914 invention of the luminous material "Radiomir" - a mix of zinc sulfide and radium bromide - the Panerai dials could be read well at night and in deep water. Panerai made use of this advantage in his watches and was commissioned to produce the first diver's wristwatches,  called "Radiomir". The first prototypes were still produced at Rolex,  the later watches and their cases were produced at Panerai according to Oyster standards. In 1936 the Panerai Radiomir became a part of the secret naval equipment., Source: "Armbanduhren Klassik Katalog",  Koenigswinter 2005,  page 146., With the kind support of Ralf Ehlers & Volker Wiegmann,  www.vintagepanerai.com. the highly recommended website for vintage Panerai watches., 33090 G/C: 2,  5,  11,  40 Z/D: 2 W/M: 2,  8,  41,  51, 45.000 - 55.000 €, 61.700 - 75.400 $, 481.500 - 588.500 HK$”


beside, the guys from VINTAGE PANERAI are doing a new 420 page book: “WATCHES WITH HISTORY“. VOLKER WIEGMANN showed me exclusively a comprehensive preview of their 3rd book: AWESOME. a-must-have again. check their site frequently to be updated! pics | Auktionen Dr. H. Crott 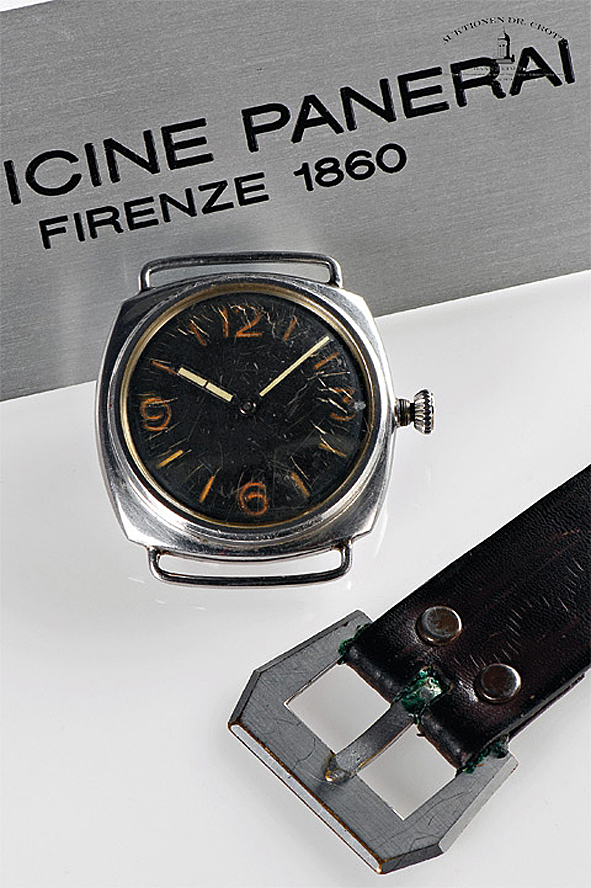 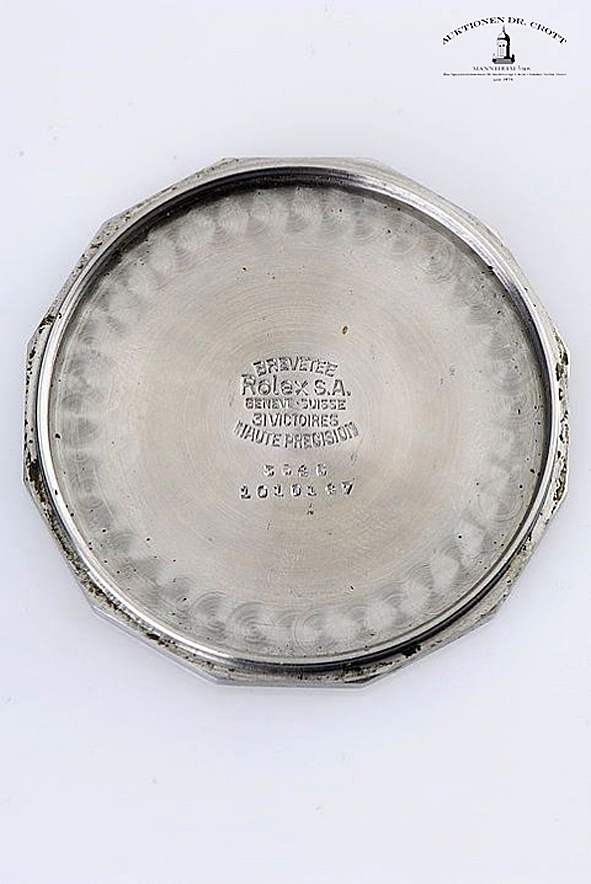 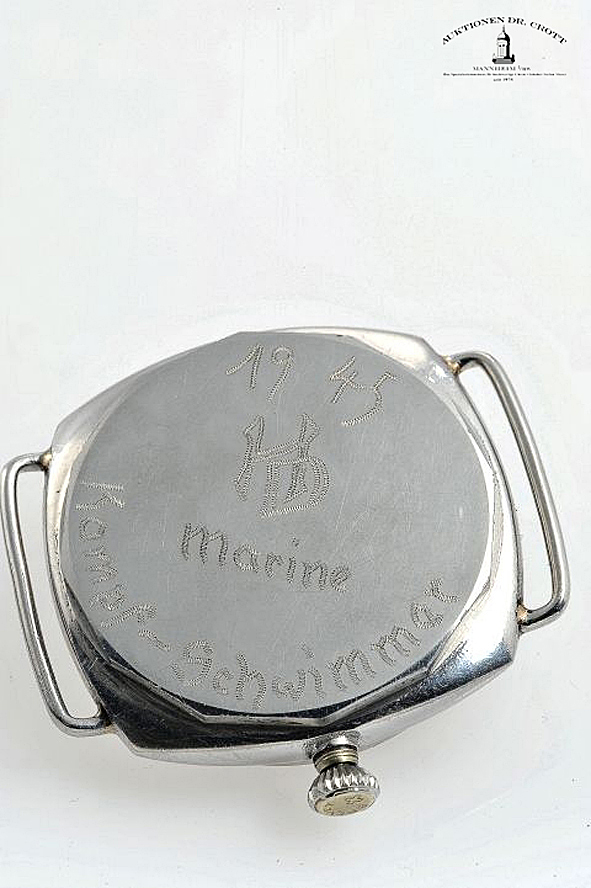 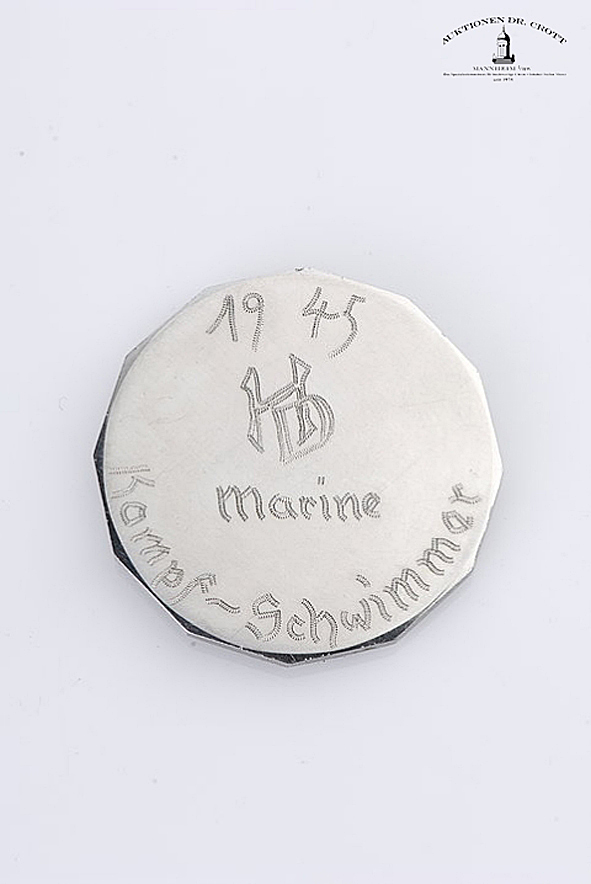 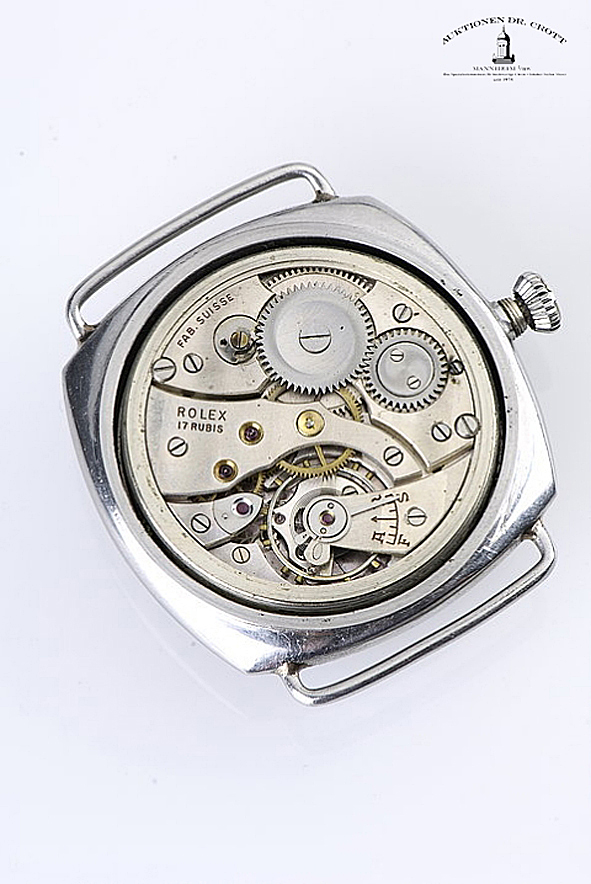