POPEYE GOES CGI | TEST FOOTAGE: THIS IS WHAT ANIMATED POPEYE LOOKS LIKE

POPEYE got updated by SONY PICTURES ANIMATION. as a great POPEYE fan i do not really know if i like what i see here. SONY has dropped a test footage: just with temp voices and the caveat this sequence will not used in the finished movie. well know GENNDY TARTAKOVSKY (HOTEL TRANSYLAVANIA) is the maker of the new POPEYE film and he shares the enthusiasm for the project and character. it is his desire to update it and be respectful. but take a view ...the film be be released in 2016. video // © Sony Pictures Animation // Genndy Tartakovsky 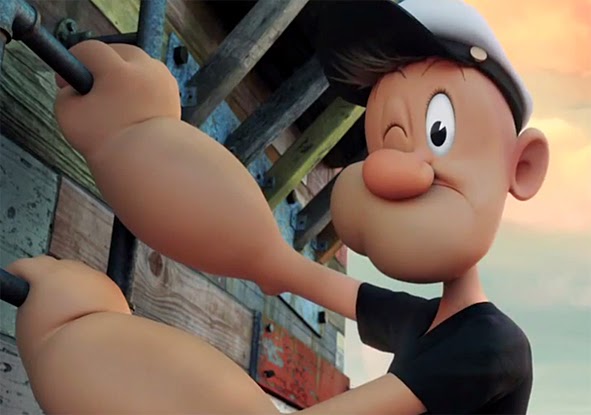