Some weeks ago I spoke to Kim “The Butcher” Schreiner, if he could do an illustration for a shirt I wanted to give as a present to the D-youth Football Team DJK/SSG Darmstadt 1921, Germany, where I am the goalkeeper and assistant coach. Why Kim? I saw his work @ his facebook account and  I love it! Beside I own a shirt with an illustration he did. A great shirt against rasicm – you still can order this at Waste and Broke. OK – and Kim just said “Yes, for sure”. Great: said, done. Just 2 weeks later after our phone talk he send me the final artwork of the DJK/SSG illustration. Damn nice: an eagle – the heraldic animal of DJK/SSG Darmstadt – combined with a classic football. P E R F E C T ! With my buddy and neighbor Malte, owner of “hi5-textildruck.de” c/o hi5 GmbH, a best quality t-shirt printer was found quickly. I took little Levi and Malte's son Lasse with me when I shot a “Making of” while the t-shirts were printed – both kicked for DJK/SSG Darmstadt former times and were curios about the print result. So speedy: 3 weeks after the first contact to Kim, the shirts got produced. Kim & Malte thx again for your great and fast support! So I could give the team and Coach Markus their t-shirts before school holidays and we finish the season 2015/16 in July. The guys were so happy with their new t-shirts ... check the pics ...
pics | LTG | artwork | Kim “The Butcher” Schreiner

CHECK
Kim “The Butcher” Schreiner @ big cartel THE BUTCHER SHOPPE
To get an impression of The Butchers artwork check his Facebook page
For more information about the one of the best t-shirt print production check hi5-textildruck.de 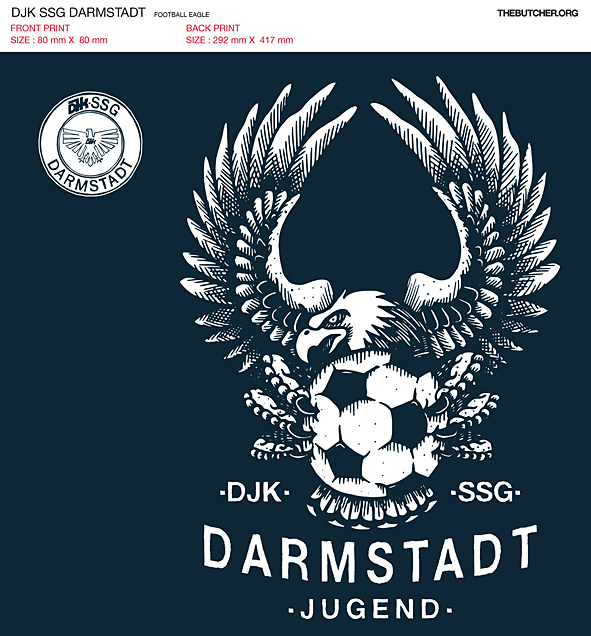 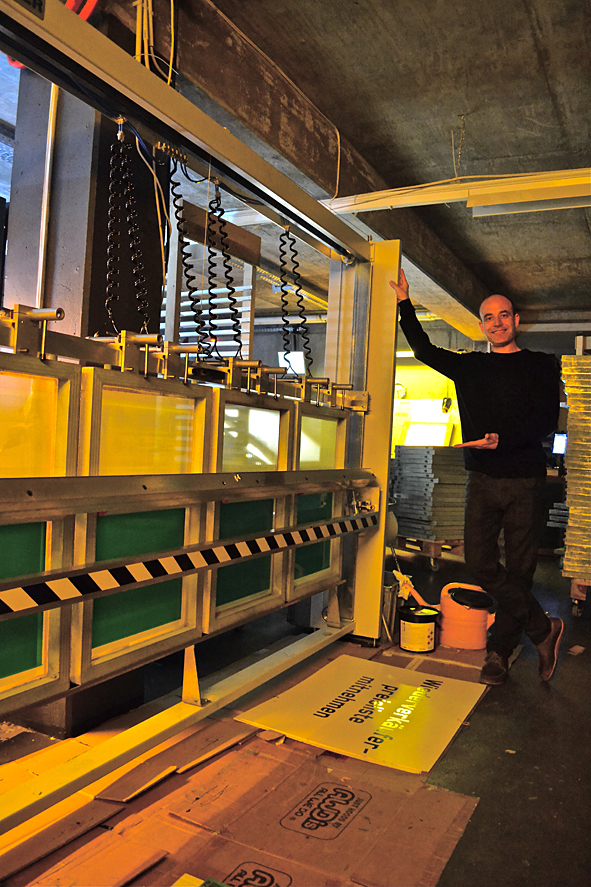 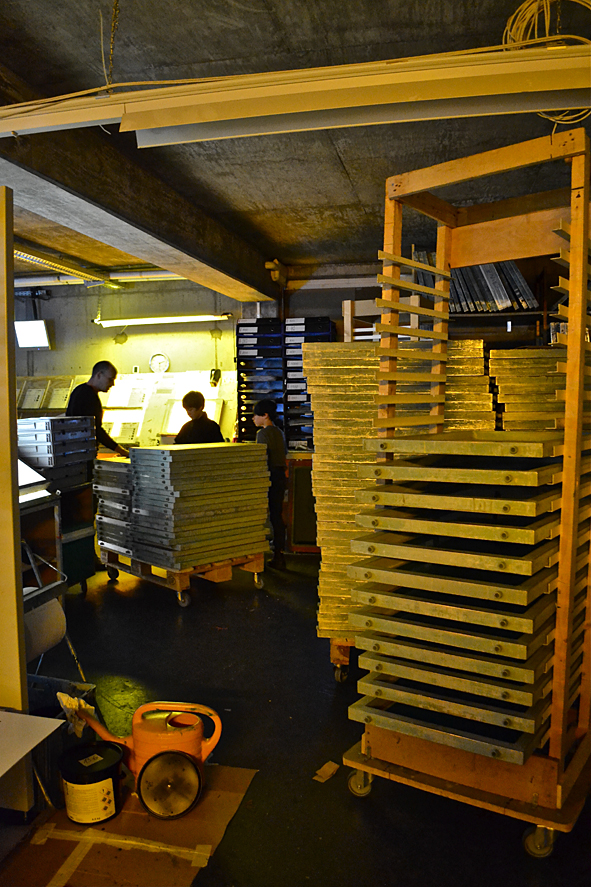 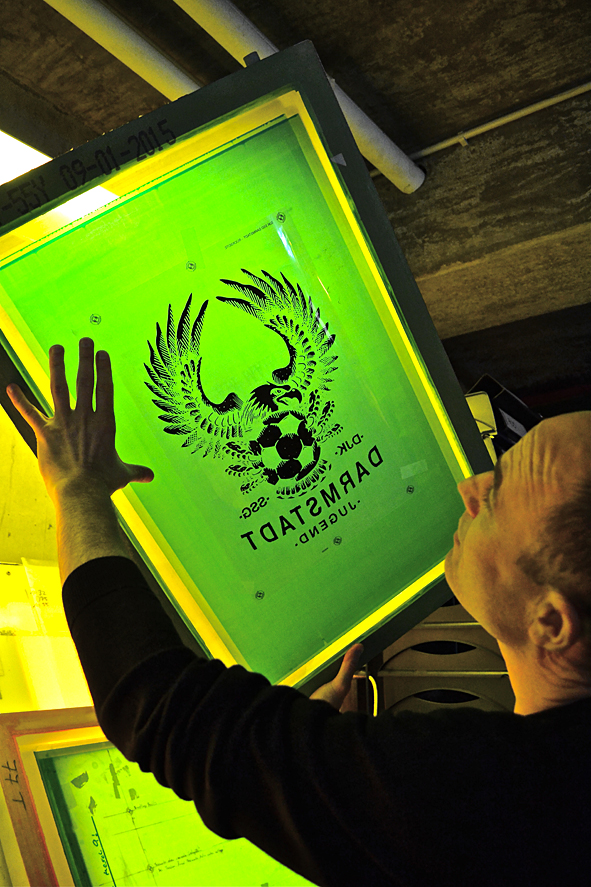 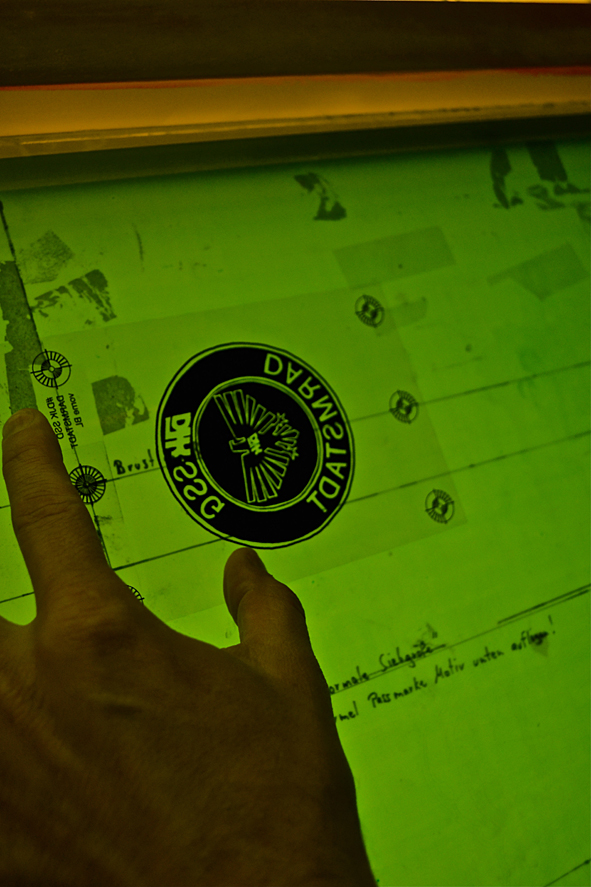 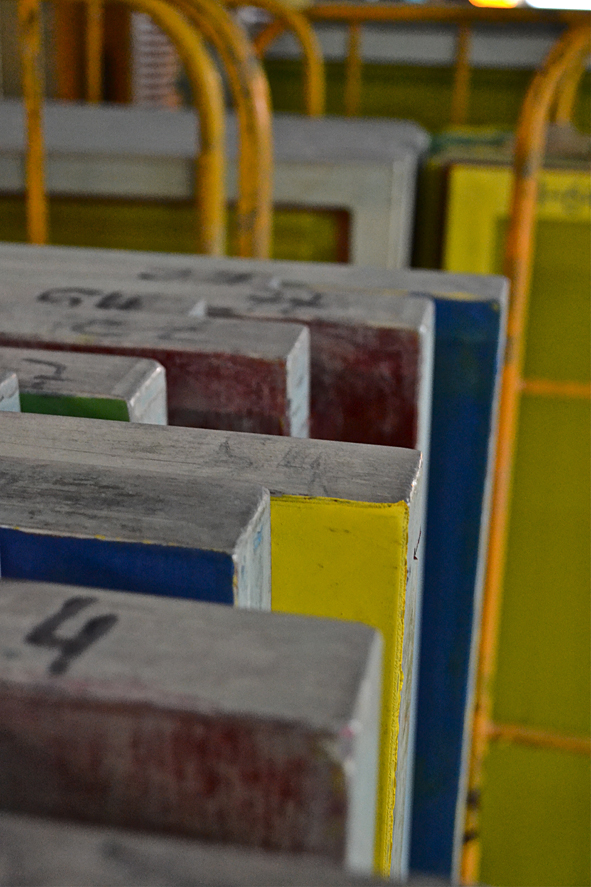 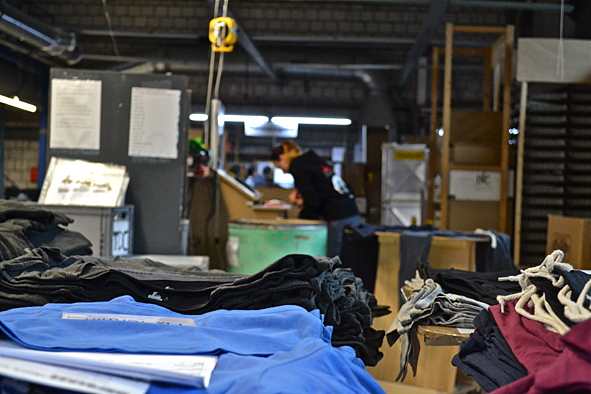 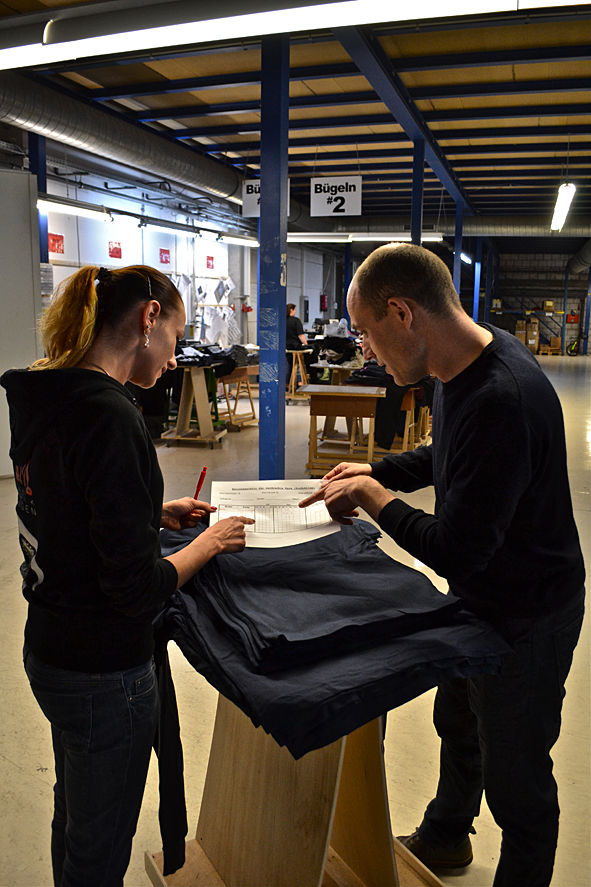 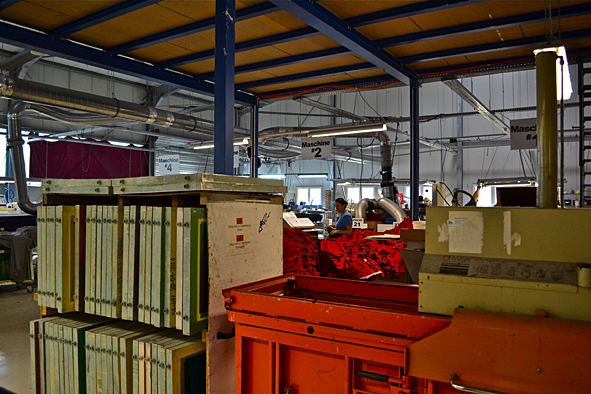 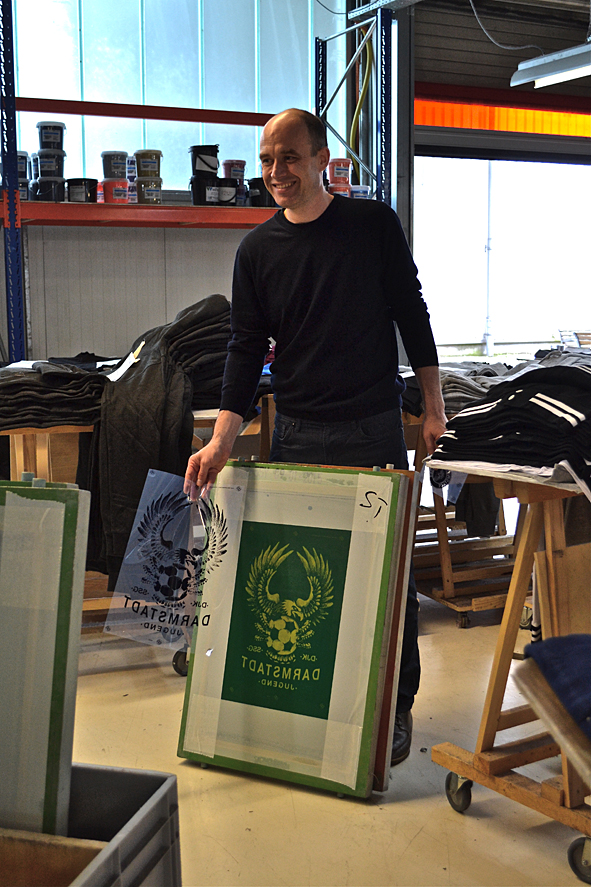 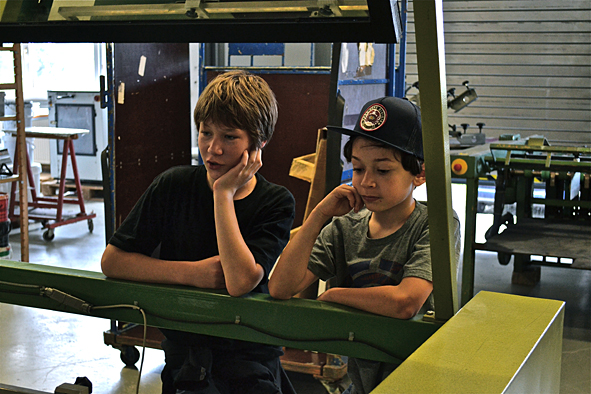 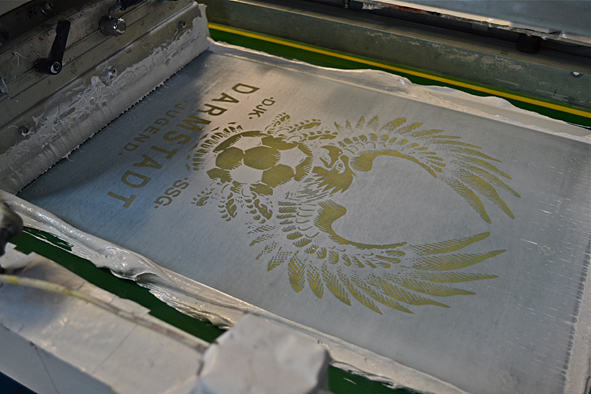 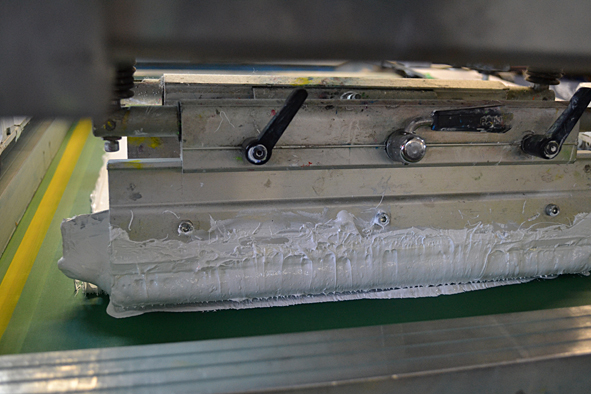 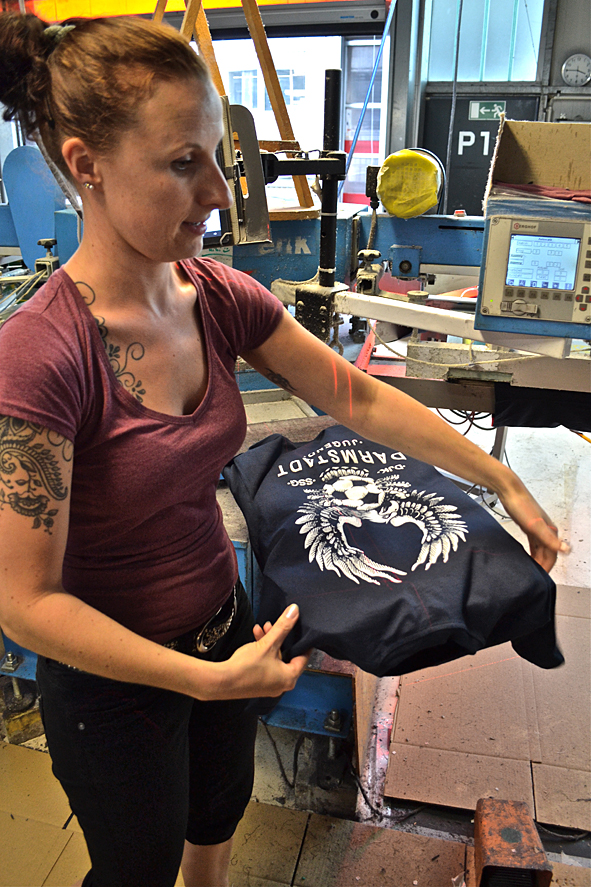 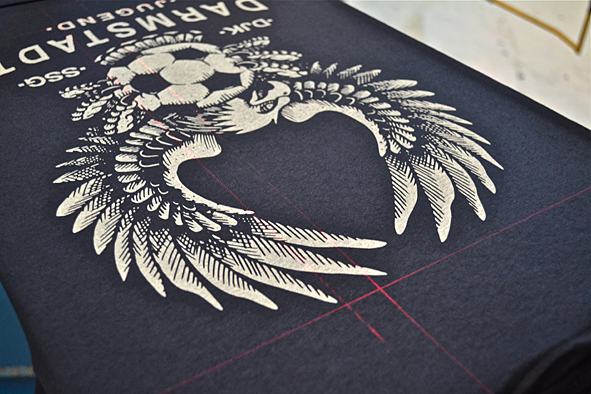 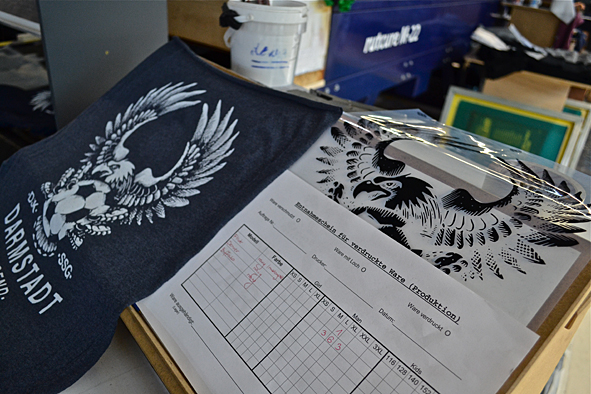 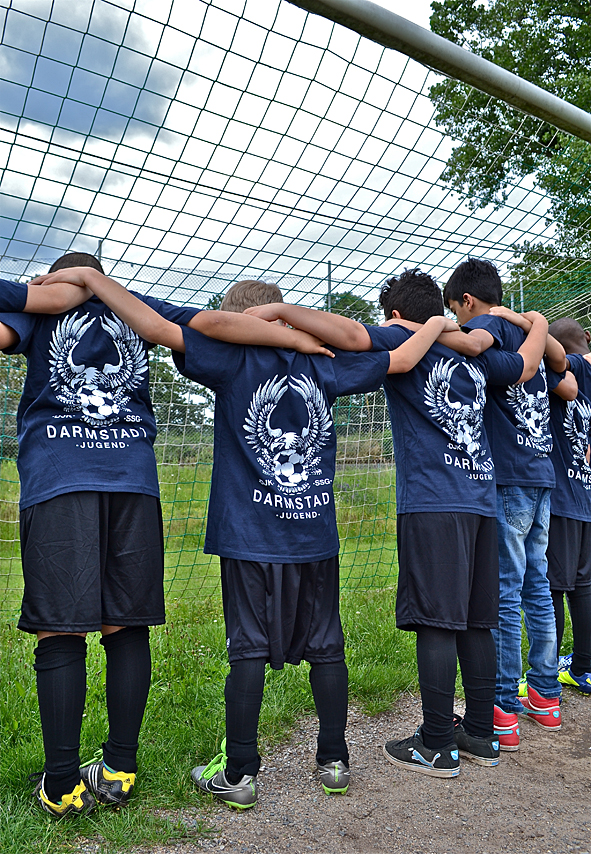 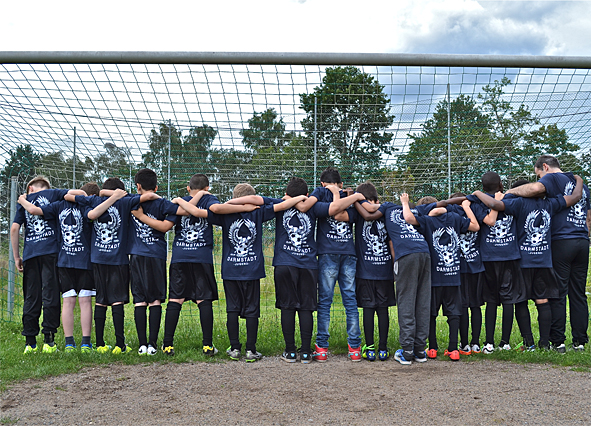 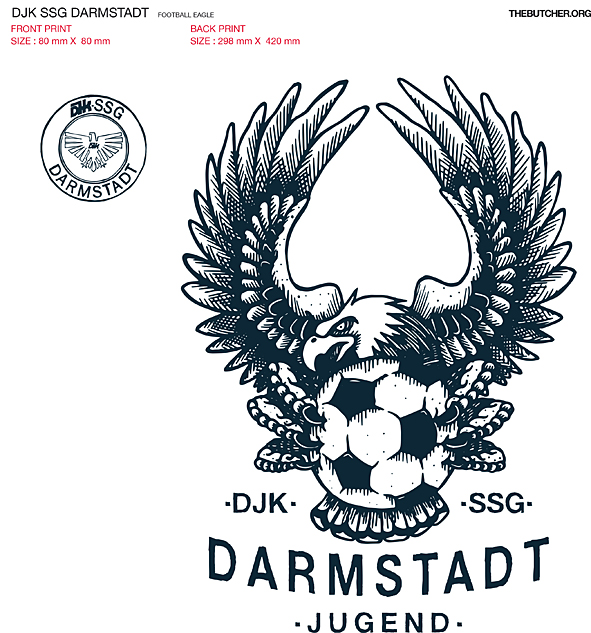 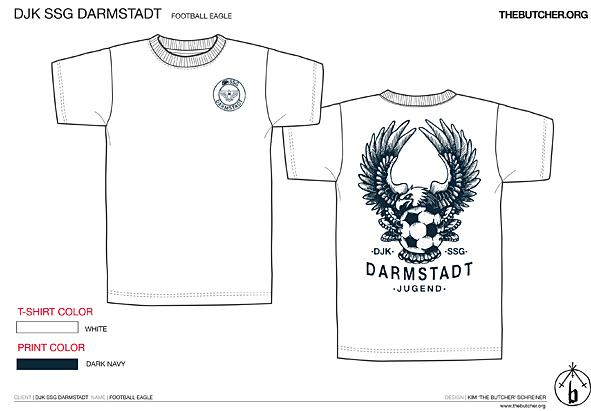 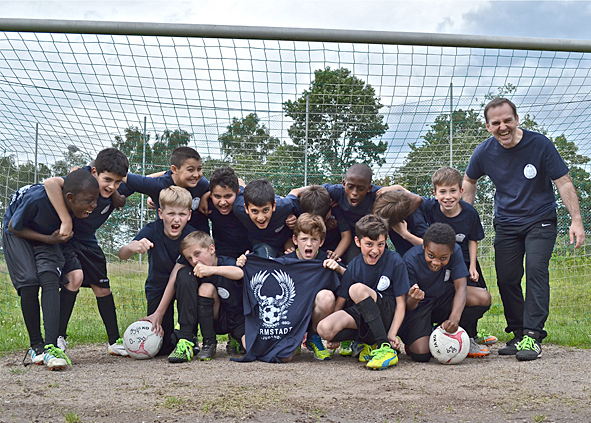