RED WINGS SHOES launch 3 new styles:
The Merchant STYLE #8061 in “Ebony Harness and STYLE #8062 in “Olive Mohave”.
The second release is the PECOS STYLE #8188 in “Brown Boomer” which is an exclusive style that is only available by selected dealers and the RED WING STORES.
And the last new styles are the Moc Toes #8137 in “Black Chrome” with a black Traction Tred sole and #8886 with a “Copper Rough & Tough” Leather also with a black Traction Tred sole.

Get your pair @ RED WING SHOE STORE FRANKFURT in store or Online 24/7/365. Kami and his Team are happy to see you and do some insider or maybe rookie Red Wing talk!

Here the story of THE MERCHANT: “Working as a merchant in Red Wing, Minnesota at the beginning of the 20th century, Charles Beckman experienced the need for durable and comfortable boots first-hand. In 1905, when he couldn’t find boots to meet his needs, he started his own shoe company: The Red Wing Shoe Company. More than a century later, Red Wing Shoes has now developed “the Merchant” as a tribute to Charles Beckman. The Merchant is based on traditional work boots from the 1920’s, when Red Wing started making boots without toe reinforcement to provide a more comfortable fit without stress points. In 1929 20 out of the 50 styles came without a toe-box. The “no toe-box” provides flexibility and comfort around the toe area. Style #245 from 1920 is the oldest and closest Red Wing work boot to the Merchant. Style #245 was called “black chief” and was made without a toe-box. The black chief came with a plain toe and was raw cut at the quarter edge.
The historical work boot most similar to the Merchant is style 245 from 1920, which was made without a toe-box, but instead featured a plain toe and raw cut at the quarter edge. The Merchant is built on the 8 last, which is also used for the Blacksmith. But because of the missing toe-box, the Merchant has a slimmer look and a lower toe profile than the Blacksmith.” 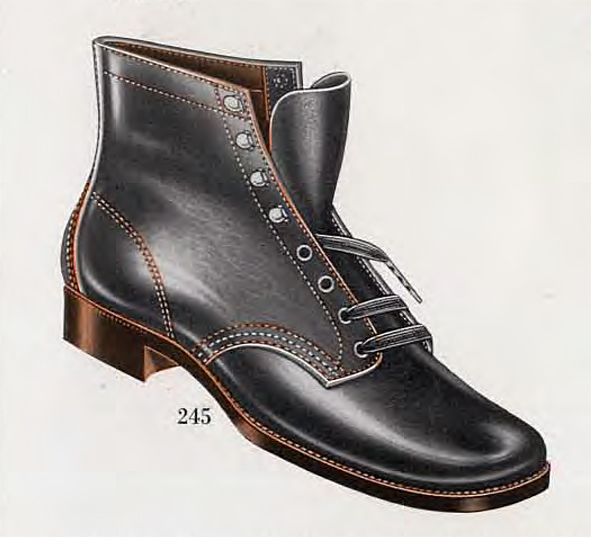 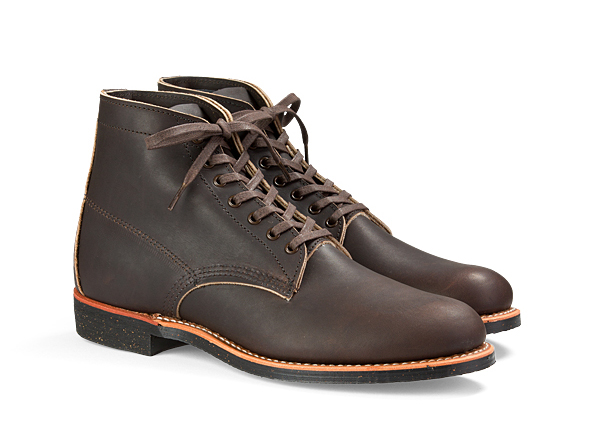 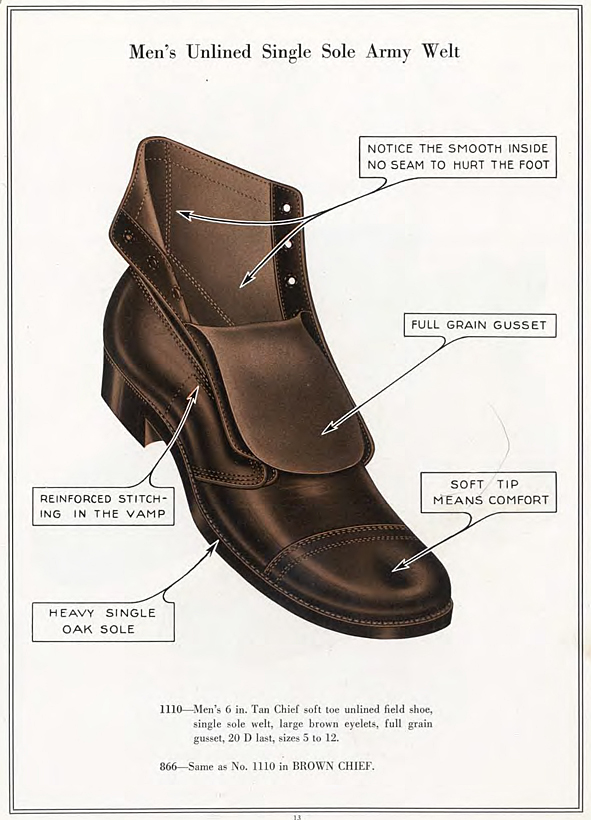 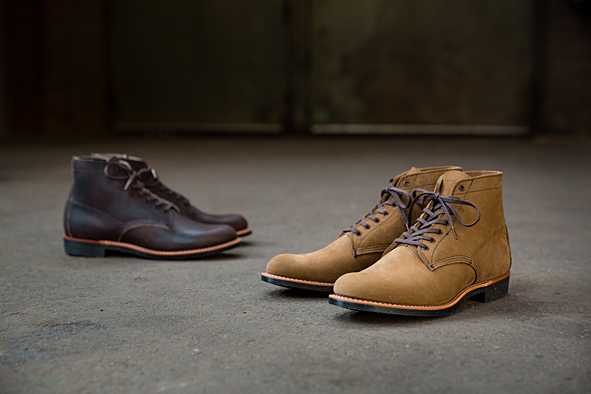 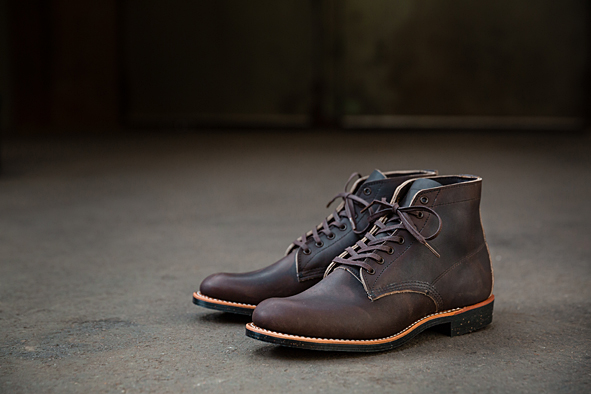 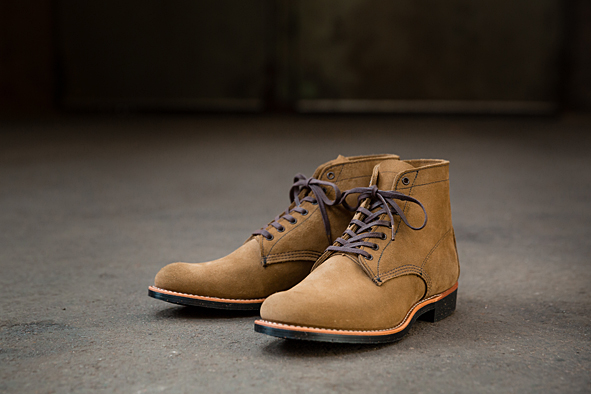 The Pecos Boots: “Red Wing Shoe Company is perhaps best known for the work boots made for the farmers, miners, and sportsmen of the Upper Midwest but early on, we introduced another boot for a different group of workers in the American West. We had an office in Dallas, Texas as early as 1923 to serve the unique market of ranchers, cowboys and oil drilling roughnecks in the region. At the time, most of these workers wore pull-on riding boots, often with decorative stitching, and Red Wing responded with one of its own in the 1930s. By the 1950s, with typical Minnesota understatement, we did away with the decorative flourish and introduced a pull-on boot of our own devising.
This pull-on boot was given a new name, the Pecos, after a town in Texas and it evolved into one of our most popular styles. The renowned Red Wing durability worked as well on the ranches of the Southwest as they did the farms and fields of Minnesota. The appeal of the Pecos spread, thanks to its simple design, comfortable fit, and rugged good looks. Still made the same way with quality leathers in our factory in Red Wing, the Pecos is now seen on hardworking feet from coast to coast, both ends of the Mississippi, and everywhere in between. Call it a cowboy boot, with a Minnesota twist.”
The #8187 has a shaft ankle-length, is made of Hawthorne Muleskinner leather and got the iconic Red Wing Nitrile Cork Sole 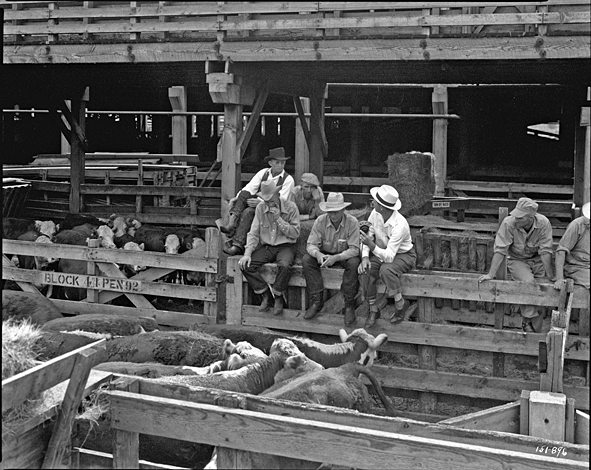 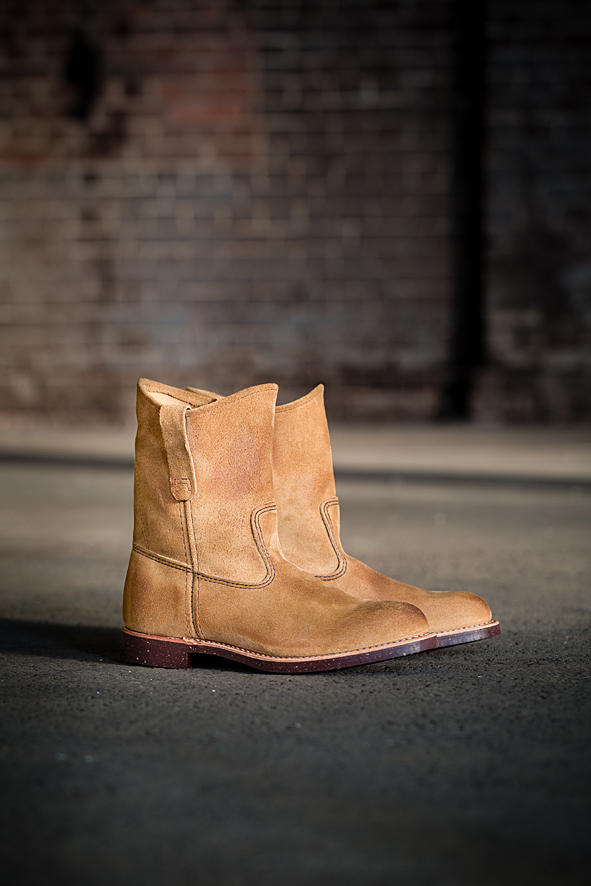 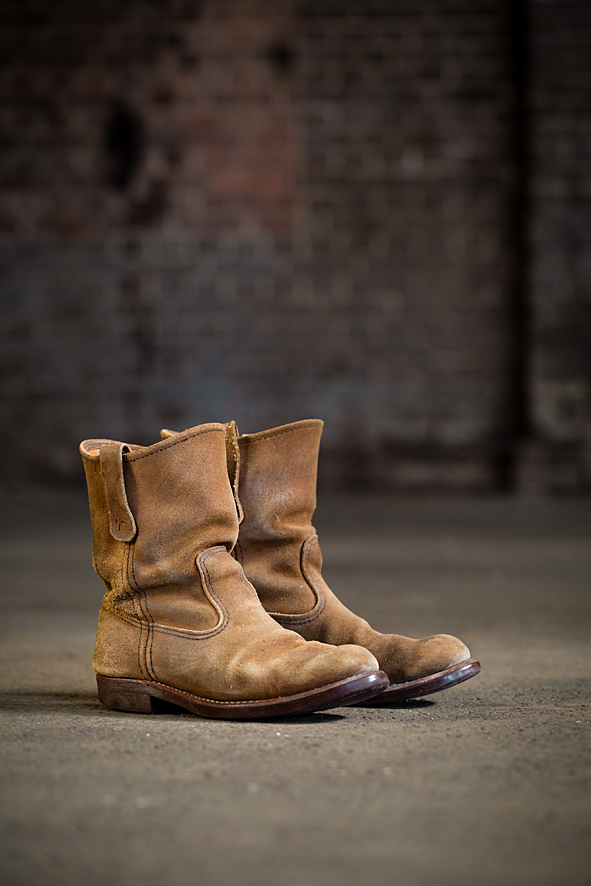 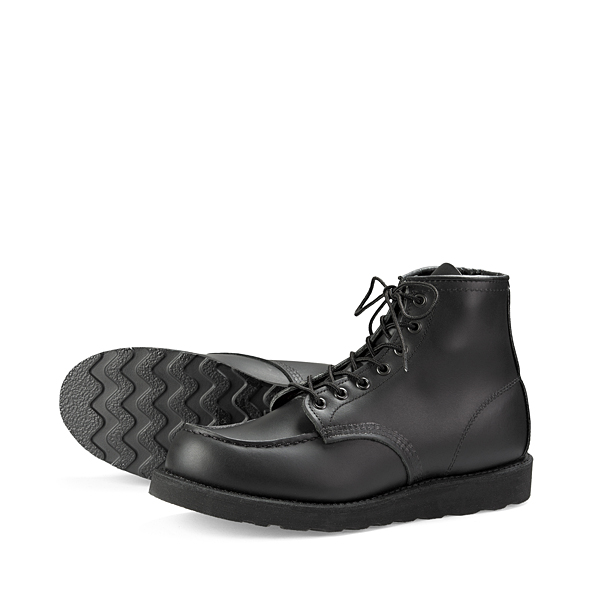 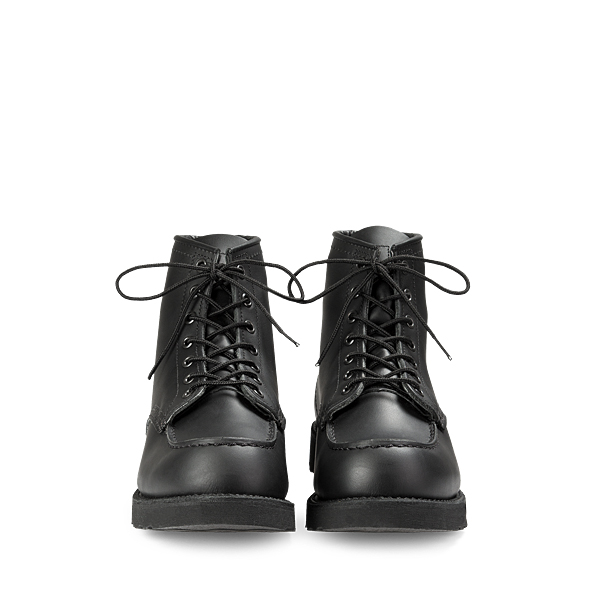 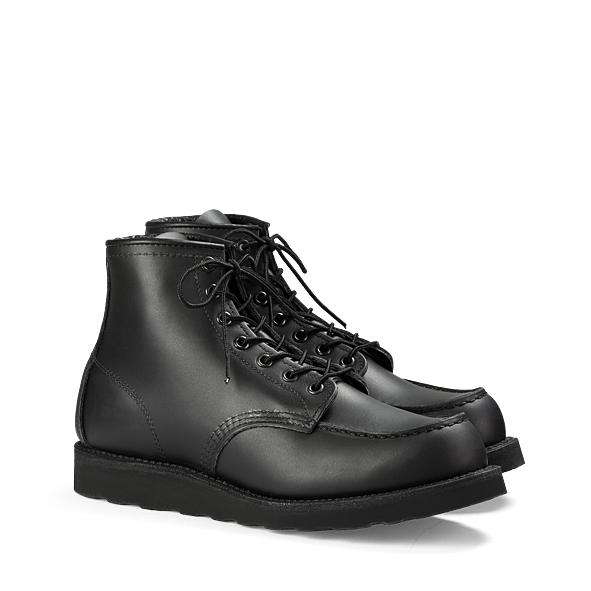 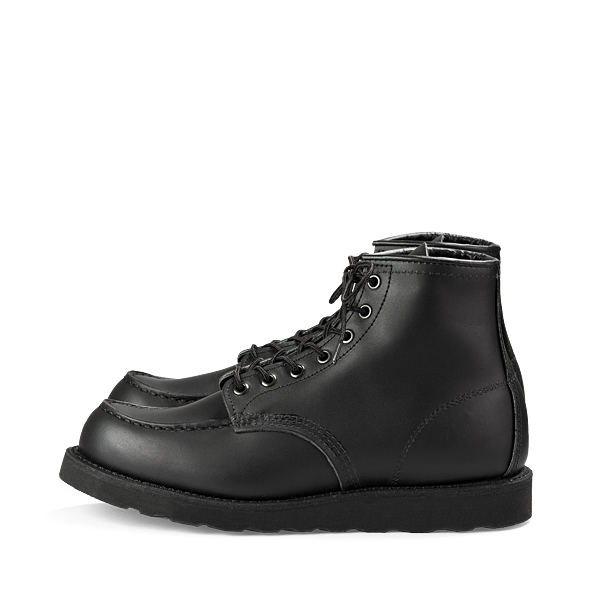 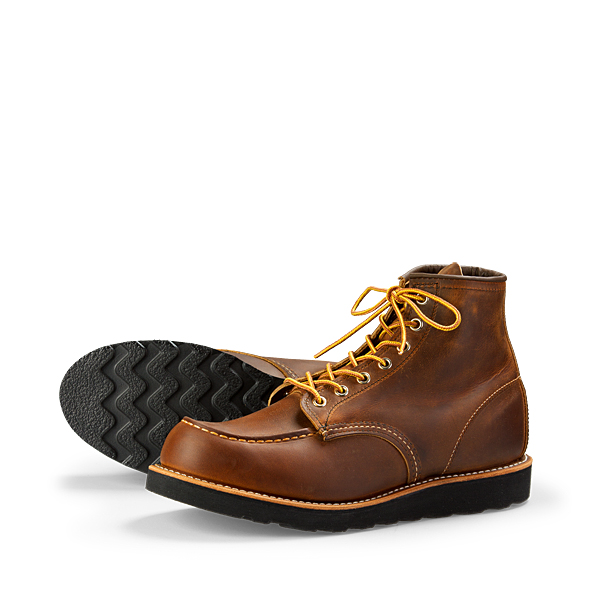 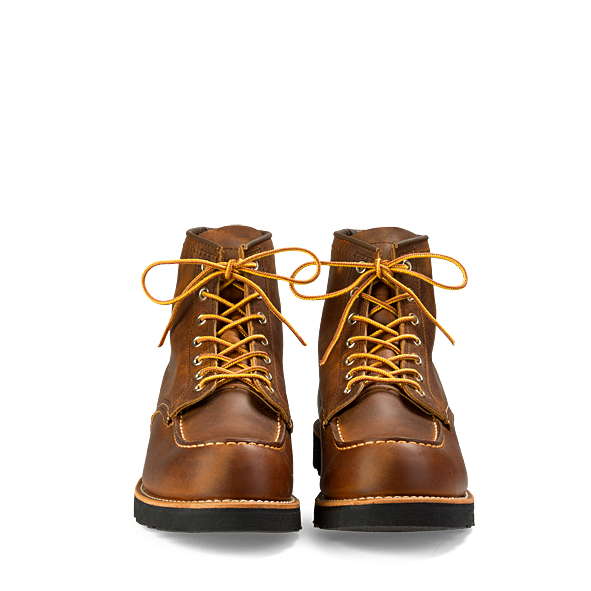 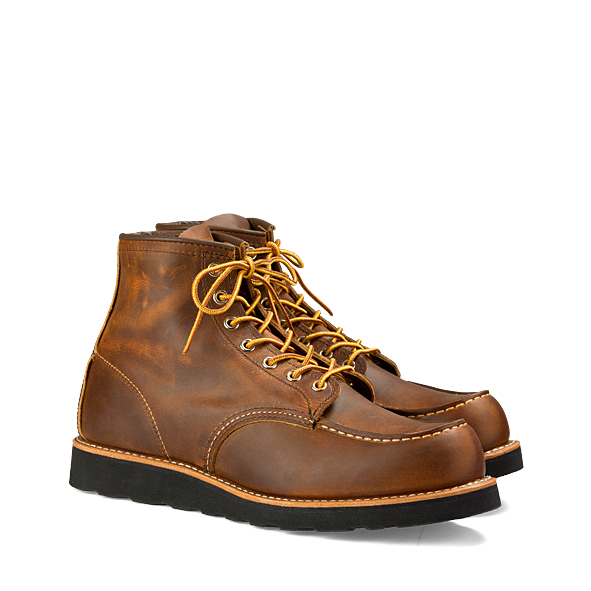 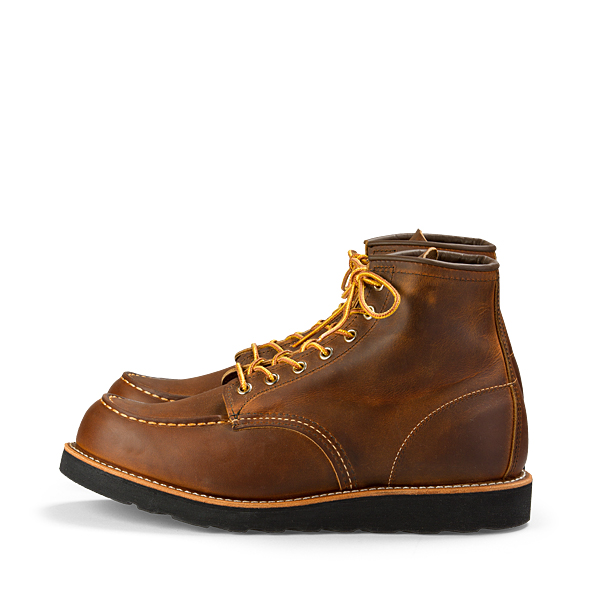 Are you thinking of getting yourself a comfortable footwear? Maybe you are looking for shoes that are sleek and yet classy and easy to get around with. Well, you do not have to look any further because these types of shoes already exist.I find this website for the Women Comfortable Work Shoes. Please visit this site.